The UK starts investigating Floki Inu after the many ads seen on the London underground so now the Advertising standards Authority gets into the action as we can see more in our latest altcoin news today.

The latest ad campaign for Floki was bothering the Advertising standards authority marketing watchdog as the UK starts investigating the London Bus and underground ad campaign for the meme coin. The investigation is a part of the ASA bigger crackdown on crypto ads which if found misleading and irresponsible. The meme coin got quite the controversial ad campaign on the London public transport.

Named after Elon Musk’s dog FLOKI, the new meme coin craze swept the crypto market while looking to replicate the huge success of the original DOGE meme coin. The developers behind Floki launched an ad campaign on the London bus and underground system and asked people to buy the token. One ad said: “Missed DOGE? Get Floki.” according to the reports, the campaign ran for three weeks during October and caused numerous complaints from the public. One ASA spokesperson even confirmed that they were investigating both the transport for London and Floki Inu as well.

The investigation is a part of ASA’s bigger crackdown on crypto-related ads which is supported by the Liberal Democrat and Green Party. The two parties even called on the Transport system of London to stop taking advertisements from crypto companies until the country’s financial regulator brings new guidance on marketing. While the Transport system of London didn’t instate such a ban, they noted that crypto-related ads are heavily scrutinized than those for other sectors so aside from a stricter vetting process, the ads will include disclaimers like saying that cryptocurrencies are not regulated in the UK. 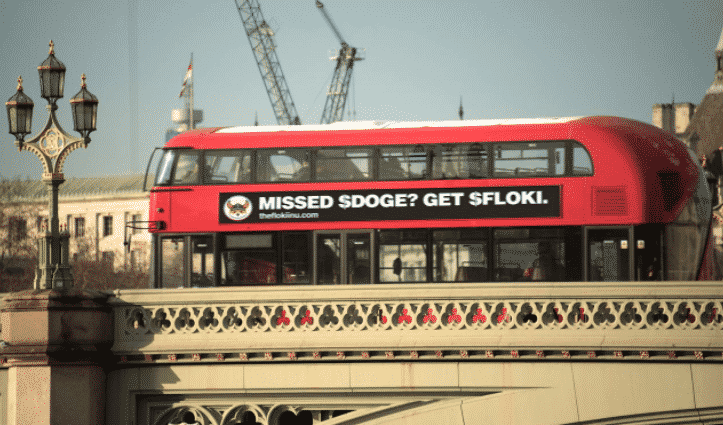 The anonymous developers behind Floki Inu claim that their ads are compliant with laws and regulations in the country. The team said:

As recently reported, FLoki Inu as the self-proclaimed DOGE killer secured a major partnership deal with India’s top professional football clubs like Kerala Blasters known as The Blasters. In an official announcement made on the FLOKI Twitter page, the meme coin said it will become the club’s official sleeve sponsor. As a part of the deal, Floki Inu’s logo will appear on the right sleeve of the Blasters’ jersey during the Hero Indian Super League. The FLOKI brand along with other fan-focused items will have LEDs displayed on the home matches.