A data center busted by Ukrainian law enforcement this month for suspected electricity theft may have had a purpose different from mining cryptocurrencies. Ukraine’s security service described the facility as the “largest underground crypto farm” found to date but media reports are challenging that assertion.

Ukrainian Company Files Complaints Against SBU Raid on Its Facility

Earlier in July, the Security Service of Ukraine (SBU) announced it uncovered a crypto mining farm that had been powered with stolen energy in the city of Vinnytsia. Officers seized around 5,000 units of hardware, including 3,800 gaming consoles and 500 video cards, from a former warehouse of Vinnytsiaoblenerho. The local electric utility allegedly suffered losses of up to $256,000.

The illegal mining facility, the law enforcement agency said, was operated by residents of Vinnytsia and the capital Kyiv. According to an article by Ain.ua, the confiscated equipment belongs to a company called MMI Engineering which is engaged in software development, network maintenance, and AI training. Its lawyers contacted the news outlet and accused the SBU of spreading false information.

The IT firm claims it buys its electricity from JSC Vinnytsiaoblenerho and the area’s grid operator, Enera Vinnytsia Ltd., paying its bills at commercial rates and in accordance with the meter readings. It also rents the premises hosting its hardware from a company called Alfa Energy which is the current owner of the warehouse.

Meanwhile, Vinnytsiaoblenerho released a statement, according to which the warehouse has never been occupied by a cryptocurrency farm. Its employees were also unable to detect any signs of electricity theft during an investigation conducted with representatives of the regional branch of Ukraine’s State Inspectorate for Energy Supervision. The utility emphasized:

The information about multimillion dollar thefts of electricity does not correspond to reality.

MMI Engineering said the seized equipment costs about 30 million Ukrainian hryvnia (over $1 million) and it’s now trying to get it back. The company added that the SBU raid has paralyzed its operations and its lawyers have already filed official complaints with the Pechersk District Court and the Prosecutor General’s Office in Kyiv.

The Ukrainian entity, which is owned by the UAE-based firm Zafar Technology, did not provide any details regarding the specific use of its computer equipment. Playstation 4 Slims gaming consoles and discs have been spotted in the photographs released by the SBU on June 8. And although it’s generally possible to mine cryptos with them, many in Ukraine believe it’s more likely the consoles have been used for gaming-related applications. 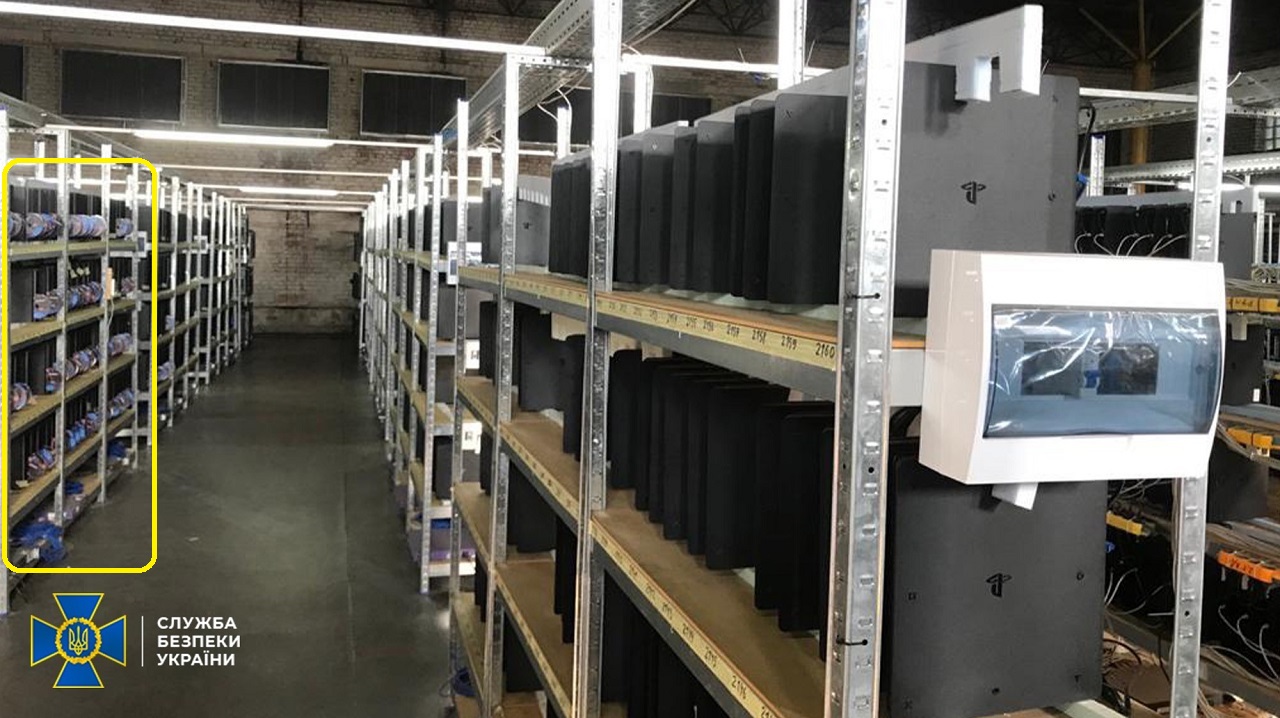 The evidence suggests that the facility in Vinnytsia could have been a gaming bot farm rather than a crypto mining one. According to an investigative report by the Ukrainian business portal Delo.ua, the bot farm may have been used for grinding. That’s when gamers employ software to perform repetitive tasks in gameplay that reward the player with something valuable in the particular scenario like gaining experience points, for example, or raising a character’s level. The SBU declined to comment on the possible use of the hardware citing the ongoing investigation.

Delo is quoting an unnamed source from the SBU, who reportedly said that the Playstations were used for “pumping bots” for FIFA, EA Games’ famous soccer video game series. In FIFA’s popular Ultimate Team mode, gamers can gather a team of favorite players and compete against each other online.

They can either spend real cash on loot boxes that give them a limited chance of obtaining high-value cards, Eurogamer explains, or play for months in order to save enough FUT coins, the in-game currency, to spend on the FIFA auction house. It appears the PS4 consoles in the Ukrainian bot farm have been grinding to create accounts loaded with FUT money that can be subsequently sold to gamers, likely on the black market.

What do you think about the case of the alleged crypto mining farm in Vinnytsia? Share your thoughts in the comments section below.

Ukraine Adopts New Law To Legalize Bitcoin And Other Cryptocurrencies

https://www.newsbtc.com/wp-content/uploads/2021/09/Bitcoin-Daily-Ukraine-regulations-460x276.jpegMore governments are acknowledging the staying power of cryptocurrencies like bitcoin. Ukraine is the latest