3,000+ PlayStation Consoles Discovered In Raid, Modified To Mine Crypto

We’ve seen esports and gaming get integrated in the crypto landscape left and right lately – but not quite in ways like this. Thousands of PlayStation consoles were  last week modified to mine crypto.

The Details Of The Operation

The Ukrainian Security Service (SBU) raided the operation last week for allegedly stealing electricity; the SBU is the country’s main government security agency and law-enforcement authority. The SBU seized roughly 5,000 total devices – with around 3,800 seeming to be PlayStation 4s. The authorities also seized over 500 graphics cards, processors, phones, flash drives, and documents belonging to the operation. The press release from the seizure described the operation as the “largest underground crypto farm” that the SBU has exposed and documented.

The miners are accused of using electricity meters that masked actual usage in activities the SBU claims can also lead to power surges, as well as leaving others without electricity. The monthly electricity theft from the miners was valued by the SBU at between $186,000 and $260,000 USD. 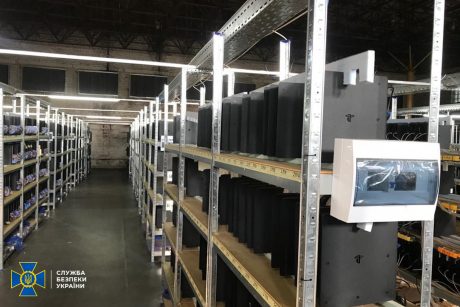 Is The Juice Worth The Squeeze?

Your traditional crypto mining operation certainly does not look like this one – but that doesn’t mean that this couldn’t have been still a financially beneficial endeavor for the individuals running this operation. Assuming what seems to be no cost of electricity whatsoever for these miners, the operation could likely have been set up to mine more GPU-friendly cryptos that utilize less processing power. Photos released from SBU, such as the one pictured above, show wall-to-wall racks of PlayStations.

Bitcoin, and crypto broadly has been a point of contention throughout Ukraine. Earlier in the year, the country’s Ministry of Energy was reported to be considering a bitcoin mining center to leverage the nation’s excess nuclear power. Furthermore, the National Bank of Ukraine has urged government officials to expedite crypto legislation to address it’s legality. However, talks around both issues in recent weeks seem to have stalled.

Additionally, illegal crypto mining operations run rampant in Ukraine, according to interviews around this particular story in the Kyiv Post. However, crypto mining and trading is not illegal in the country – but Ukrainians are not able to register as crypto entrepreneurs, or declare crypto exchanges at present. 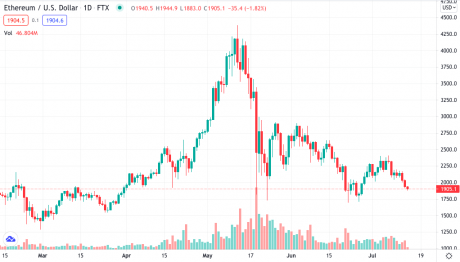