Britain’s Metropolitan Police have seized a staggering £180 million in cryptocurrency as part of a money laundering investigation. The announcement comes just weeks after Scotland Yard confiscated £114 million in crypto, breaking the previous record.

Law enforcement officials in the U.K. have announced the seizure of a record amount of cryptocurrency during an ongoing investigation into international money laundering. Detectives said they confiscated almost £180 million (close to $250 million) worth of crypto without providing more details about the type of coins and how they were seized.

“This is believed to be one of the largest seizures globally and tops the £114 million confiscation made by the Met on Thursday, 24 June,” the U.K.’s Metropolitan Police Service (MPS) remarked in a press release published on its website Tuesday morning. 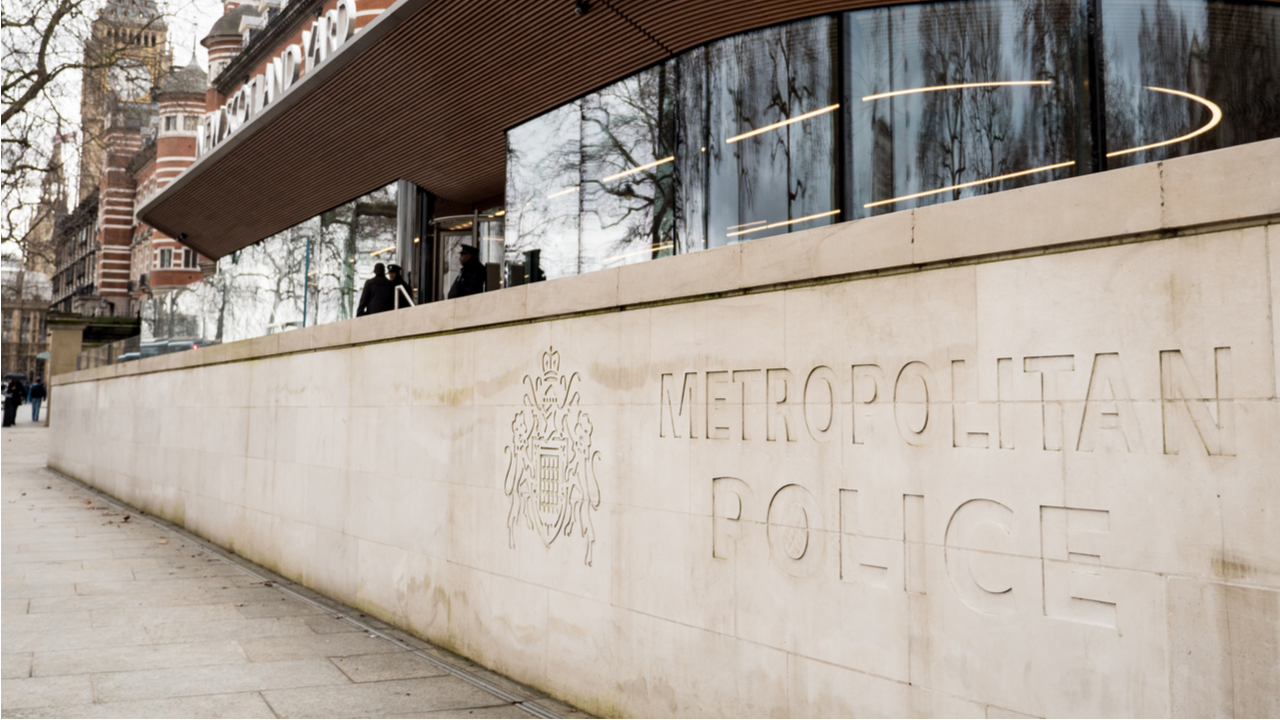 Both seizures were conducted by members of the Economic Crime Command of the MPS, Scotland Yard noted. The investigators acted on intelligence received by the British police pertaining to the transfer of criminal assets.

“Less than a month ago we successfully seized £114 million in cryptocurrency. Our investigation since then has been complex and wide-ranging,” Detective Constable Joe Ryan commented, emphasizing that his colleagues have worked hard to trace the money and identify the criminality it may be linked to. He further said:

Today’s seizure is another significant landmark in this investigation which will continue for months to come as we hone in on those at the centre of this suspected money laundering operation.

As part of the investigation, police officers arrested a 39-year-old woman on June 24 who is suspected of money laundering offences. She was interviewed in relation to the discovery of the £180 million crypto stash on Saturday, July 10, and has since been released on bail until an unspecified date in late July.

Proceeds from crime can be laundered in many different ways, Deputy Assistant Commissioner Graham McNulty noted. And while “cash still remains king” in the criminal world, the development of digital platforms has increased the use of cryptocurrency to launder dirty money from organized crime.

Meanwhile, Scotland Yard has been improving its expertise in the field over the past few years and McNulty stated:

Whilst some years ago this was fairly unchartered territory, we now have highly trained officers and specialist units working hard in this space to remain one step ahead of those using it for illicit gain.

According to the law enforcement official, police detectives have put a lot of effort into tracing the millions of pounds worth of cryptocurrency in this latest case. “Those linked to this money are clearly working hard to hide it. Our investigation will stop at nothing to disrupt the transfer and identify those involved,” McNulty was quoted as saying.

What do you think about the massive crypto seizure announced by the British police? Let us know in the comments section below.

Next Post
London Metropolitan Police Seized $250 Million Worth Of Crypto