Rock Legend Gene Simmons Talks Bitcoin: Musician Believes China Is Behind the Ripple Lawsuit, Dollars Are Based on Nothing

The American musician, co-lead singer, and bassist for the rock band Kiss, Gene Simmons, has been very talkative about cryptocurrencies during the last two weeks. Just recently, Simmons sat down with Bitcoin.com’s podcast host, Dustin Plantholt and the two discussed a variety of subjects like the Ripple lawsuit, and why the rockstar thinks cryptocurrencies are worth owning.

Gene Simmons is well known for his band Kiss, the rock band that was formed in 1973 by Simmons, Paul Stanley, Peter Criss, and Ace Frehley. Simmons is also known for being an entrepreneur over the years and just recently, news.Bitcoin.com reported on Simmon’s telling his Twitter followers about which cryptocurrencies he owned. Last week, the bass player told his fans he purchased BTC, ETH, LTC, DOGE, XRP, and other digital assets. 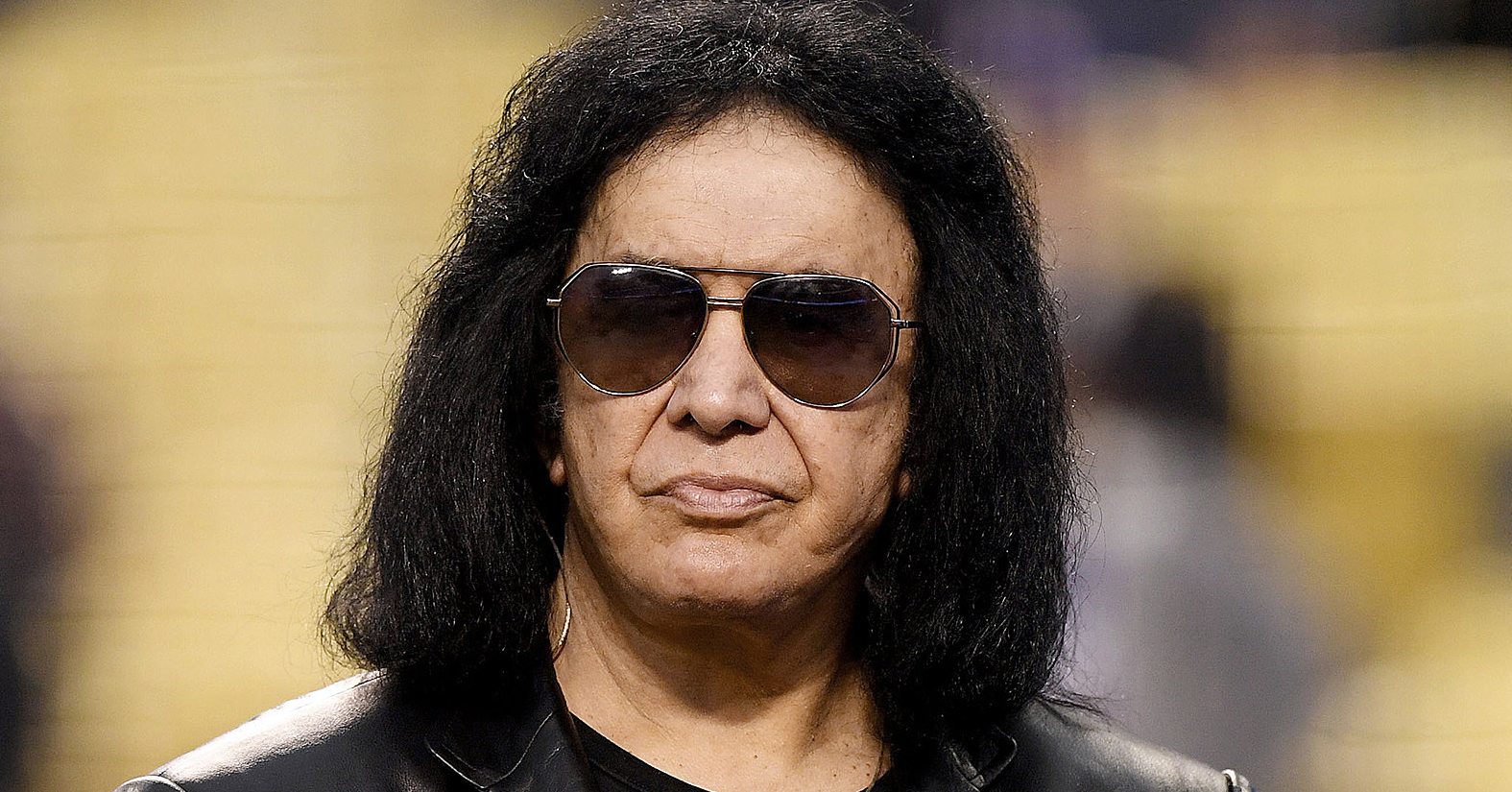 Rockstar legend Gene Simmons has been discussing cryptocurrencies regularly on social media and this week he chatted with Bitcoin.com Podcast host Dustin Plantholt.

This Saturday, Simmons joined Tesla founder Elon Musk and the hip hop artist Snoop Dogg, and started tweeting about dogecoin (DOGE). Additionally, this week the rockstar from Kiss got together with Bitcoin.com’s podcast host, Dustin Plantholt, for a podcast sponsored by exchange.Bitcoin.com. During the conversation, Simmons told Plantholt that unlike most of his peers, he was a bookworm and he read about economics at an early age.

“When I was a kid I started reading stuff, the kind of stuff that the other kids did not read,” the Kiss bassist said during the podcast. “So as you know reading is fundamental and the more information I got, the more questions I had. I learned about capitalism and how it works, how the government prints money. That it was once based on gold, and there lies the value, and then at some point in the past before most of you were born, the dollar was no longer based on gold,” Simmons added. The musician further added:

[The dollar] is based on nothing.

(Left) Bitcoin.com Podcast host Dustin Plantholt. (Right) Kiss bassist and co-lead singer Gene Simmons. Make sure you check out the podcast next week with Simmons as you don’t want to miss this episode.

“That’s ok if everything works,” Simmons insisted to Plantholt during the conversation. “Then the world continues to somehow base value on dollars. Even the terrorists want to get paid in dollars and not by local wombat coinage— I’m not the expert and I’m not directing [you] or suggesting that anyone get into cryptocurrency, I’m just telling you what I am doing. The more governments and that includes the United States government, continue to keep printing money which is based on nothing, at some point, you gotta pay the piper.”

‘Crypto Has Roots With the People’

Simmons said that he jumped into the crypto scene three months ago and that he studied Satoshi Nakamoto and the digital asset economy. When asked why it took him so long, Simmons explained that it takes some time for the older generations to get it sometimes, and oftentimes they never truly understand. 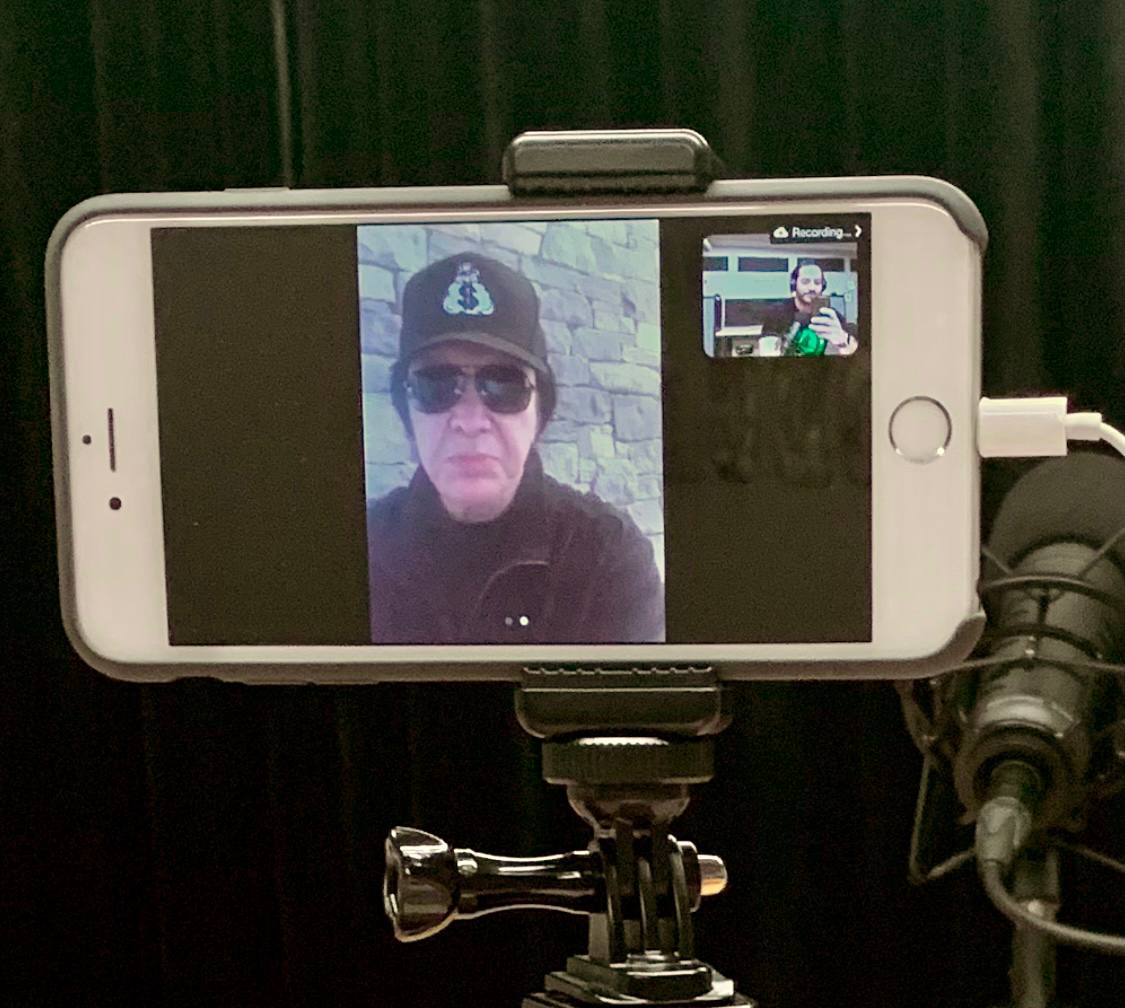 Tune in next week on Thursday, February 11, 2021, to listen to the rest of the exclusive Gene Simmons interview on the Bitcoin.com Podcast channel.

For instance, he recalled how older family members never understood how he made money, after she worked a 9 to 5 job day in and day out. Simmons explained that money is changing, similarly to how influencers like the Kardashians have changed the entertainment business.

“I did a little research about Satoshi and where he came from and what it was,” the Kiss frontman said. “It seems to me that the value of things is determined by people. The value of real estate is only based on what people say it is. The value of gold is only what people agree on what it is, and even Wall Street and stocks based [on people’s valuation], you can make your own valuation, but unless people buy the stock, it means nothing,” Simmons stressed.

The Kiss bassist said that “crypto seems to be a friendly neighbor to that, which is that it has much more roots in people.” Simmons also noted that a number of well known individuals have been interested in the crypto space as well. Simmons likes cryptocurrencies because of this attraction and swelling appeal.

“You have your cold wallets, ad infinitum, all this cryptocurrency language nonsense, that the rest of us don’t understand,” he explained during the interview. “But there’s a simple idea, and the simple idea is you’ve got a deck of cards, and cryptocurrency is one of those things. You can pick litecoin, bitcoin… whatever. How it started and what the intent was is not the issue for me. The issue for me and the appeal for me is that people like it. [Notable people] whether it’s Elon, or whether it’s Camron and Tyler, there’s lots of interesting people.”

‘The Buffet People Are Going to Change’

Moreover, Simmons said he had a conversation about bitcoin with Mark Cuban and that crypto deniers are changing or will change soon enough. “I had a discussion with Mark Cuban the other day and he commented on something about bitcoin,” Simmons detailed. “He is changing too, the Buffet people are going to change. You cannot avoid it, I know that Goldman [Sachs] folks are looking at this, institutional money, and Scaramucci is looking at it,” the musician added. Simmons further said:

I don’t believe for a second that most people understand what cryptocurrency is, what it is designed to do, but it is immediate and you don’t have to deal with banks— I like that.

That was only a few minutes of the discussion with Bitcoin.com’s podcast host Dustin Plantholt and Kiss’s Gene Simmons. The conversation delves further for another 25 minutes and during one point of the discussion, Simmons said he believes China is behind the recent Ripple lawsuit. The musician also discussed music piracy and what he thinks about that trend that has grown significantly during the last decade. At the end of the interview, he told people not to give up on money and that he was still into precious metals like gold and silver to this day.

The entire Bitcoin.com podcast with host Dustin Plantholt and special guest Gene Simmons will air on Thursday, February 11, 2021. The episode with the Kiss frontman is sponsored by the leading cryptocurrency trading platform Bitcoin.com Exchange. The platform offers a world-class trading engine, a large variety of crypto assets, and first-rate security that meets the needs of both crypto veterans and newcomers every day.