SolidX Filed A Lawsuit Against VanEck For Plagiarizing The BTC ETF

SolidX filed a lawsuit against VanEck, alleging that the company plagiarized the Bitcoin ETF and also accused them of terminating the partnership in bad faith so let’s read more in today’s latest cryptocurrency news.

The global investment management company VanEck is facing a lawsuit from blockchain companies and former partner SolidX over the Bitcoin ETF which VanEck filed for the SEC approval less than 14 days ago. Back in 2017, VanEck became the first company to file for a Bitcoin exchange-traded fund that is registered under the Investment Company Act while SolidX was working on a Bitcoin ETF which was meant to be launched on the market in 2015. The two companies joined forces in 2018 with SolidX touting the deep experience with crypto as a strong complement for VanEck as well as its extensive background in issuing financial products.

After withdrawing their recent joint application for a Bitcoin ETF in September 2019, both companies decided to part ways in August 2020. Solidx filed a lawsuit, later on, describing the split was in “bad faith” termination of the agreement. VanEck announced that it filed a new application for a Bitcoin ETF on December 31. According to the lawsuit, VanEck’s SEC filings suggested that the company was working on its own BTC product and saying in other words that the world doesn’t revolve around Solidx:

“Using SolidX’s work and work product to compete with it is bad enough, but the registration statement VanEck filed would be called plagiarism in any other context: the structure of VanEck’s proposed Bitcoin ETF is substantively identical, or virtually so, to the structure for which SolidX sought SEC approval.”

The plaintiff also alleged that VanEck started announcing products that compete directly in the weeks of their terminated agreement and that VanEck could not start to issue products without working against the interests of SolidX while still being its business partner. VanEck launched a physically-backed BTC ETF note on Germany’s Deutsche Borse Xetra market. Solidx explained that VanEck has little expertise and Bitcoin or even none. 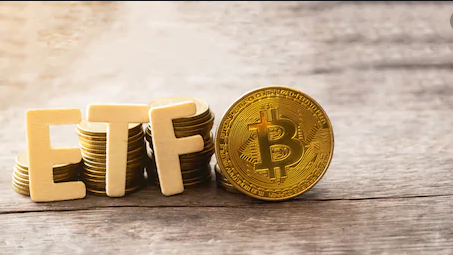 As reported recently, The investment management company VanEck renews its efforts to launch a BTC ETF as it filed with the US Securities and Exchange Commission to win approval for a VanEck BTC trust. Before the filing, VanEck retraced its latest push for a BTC ETF with the SEC in September 2019. As it was proposed in the previous filing, the ETF will trade on Cboe BZX Exchange but so far, the regulator denied all attempts to launch the ETF.