The Swiss government stars consulting on new blockchain laws and they will enforce them in less than a year. Following our latest blockchain news, we are reading more about the regulation plans.

According to the official announcement, the amendments to the existing laws improved the regulatory framework for the country. Switzerland is now more aligned to promote blockchain and DLT innovation. The blanket norms will help the government incorporate these amendments into laws at the federal ordinance level and also the federal council aims to put these laws into force from August 2021. The support of the country for blockchain and crypto companies resulted in many firms from the world setting up headquarters in the country which hosts about 900 blockchain companies with more than 4000 people.

The adoption of blockchain and crypto by the Swiss government is such that the Swiss canton of Zug known as the “Crypto Valley” allows its residents to pay taxes in BTC and ETH. The Swiss bank Basler Kantonalbank also started planning launching crypto services. 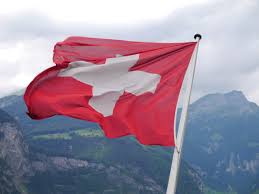 As previously reported in our crypto news, The Swiss Canton of Zug is partnering with the crypto broker Bitcoin Suisse and the development comes only a month after another Swiss canton started accepting taxes paid in crypto. The citizens of Zug can now pay their taxes using Bitcoin and Ethereum according to a press release. The crypto valley is now a home of hundreds of crypto trading firms, exchanges and banks, and even the Ethereum Foundation which is a non-profit entity that oversees the Ethereum network. The Zug region offers low corporate taxes for all of the companies that accept Bitcoin payments for certain government services since 2016 making it a very attractive destination for crypto entrepreneurs. Crypto’s not all that it is doing, however. Zug held the first blockchain-based municipal ballot in 2018 and piloted a digital identity project using the technology in 2019.