IBM and Thailand’s Central Bank launched the first government savings bond on the blockchain worth $1.6 billion as we are reading in today’s cryptocurrency news sites.

IBM and Thailand’s central bank used the blockchain technology running on the IBM Cloud to launch the first DLT-based platform for government savings bonds. In the first two weeks of operation, the blockchain-based platform issued $1.6 billion of these bonds. The announcement from IBM read that the platform will now enable investors to benefit from fast bond issuance thus reducing the process which usually took over 15 days to two days. IBM Cloud’s blockchain will reduce the operational complexity and the entire process of issuing bonds.

The blockchain platform for government bonds will reduce the workload of the issuers, registrars, investors, and other participants. The new platform became immutable and also a real-time single source “of truth for network participants.” Apart from the Bank of Thailand, there were other institutions that collaborated with IBM to develop the infrastructure such as Thailand Securities Depository, Thai Bond Market Association, Public Debt Management Office, Krugthai Bank, Kasikorn Bank, Bangkok Bank, and Siam Commercial Bank. The IBM blockchain served as the technology and cloud partner in this case.

The data from the Thai Bond Market Association indicates that the Thai bond market was standing at $421 billion in 2019 while the government bonds were responsible for the major value of $157 billion last year. The American multinational technology company got involved with Blockchain many years ago. Most recently, the company became a shareholder at the DLT-based platform for international trades. 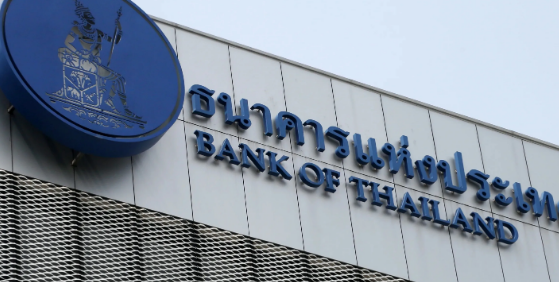 Speaking of the Bank of Thailand, it launched a new project to pilot test its central bank digital currency (CBDC) payment system with the largest building material provider in the country. We are talking about the Siam Cement Group (SCG) which is the newest partner of the Thai bank. The bank plans to test the system with large-scale enterprises before launching it for all businesses. This is why they partnered with the largest cement and building material provider in Thailand, SCG as well as the Thailand-based fintech firm Digital Ventures Company Limited to pilot test their payment prototype system. With CDBC payments, the bank will aim for a more efficient payment system that comes with increased flexibility for fund transfers as well as faster payment between suppliers.