A Tampa teen along with two others got arrested in the latest devastating Twitter hack attack as we reported in the previous crypto news. The mastermind behind the attack is a 17-year old boy, Graham Clark from Tampa, Florida.

Clark was arrested for launching the Twitter hack attack and gathering $120,000 worth of BTC during the first few hours of the scam. It’s unclear whether he will face 30 felony charges alone or he was cooperating with the other two who were arrested, according to the police reports.

A police raid staged by the joint task force of federal law enforcement officers crashed Tampa, Florida where they arrested the Tampa teen who allegedly pulled off the biggest hack in the social media history. Two other teens from Florida were also arrested in the raid. Investigators said that the KYC records obtained from Binance as well as Coindesko showed that the stolen coins were moving from accounts to wallets which led them to the suspects.

The Florida Law Enforcement officials working with the IRS, FBI, and Secret Service arrested Graham Clark, 17-year old for his involvement in the Twitter hack that ended up in hijacking high-profile accounts such as the ones of Barack Obama, Joe Biden, Kanye West, Elon Musk and others. Once the accounts were compromised, the hacker proceeded to tweet from these accounts and proposed fake giveaways asking for small sums of BTC in return for bigger sums. In total, he made $120,000 worth of BTC. 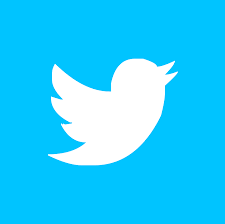 Clark faces 30 felony charges such as organized fraud, communications fraud, fraudulent use of personal information, and unauthorized computer access. The Hillsborough County State Attorney Andrew Warren said that the officials cannot comment on whether he worked alone at this time. The attorney also claimed that Clark is not an ordinary 17-year old and he will eventually be tried as an adult. Officials are looking into damages about the $120,000 stolen and it is also possible that Clark accessed direct messages of the accounts compromised but Twitter claimed that there were no verified accounts that had direct messages compromised.

Twitter clarified that the hackers gained access through the admin tools after a phishing attack was conducted. This involved calling the Twitter employees and impersonating other employees to manipulate the victims and to drain information such as the login credentials. Clark is now being held in Tampa jail and will have his first court appearance as soon as possible.