On May 21, 2020, the infamous Craig Wright, the man who claims to be Satoshi Nakamoto, submitted a list of blocks and bitcoin addresses to the court that stem from the alleged Tulip Trust. However, armchair sleuths and blockchain analysis shows that a few blocks recorded in Wright’s recently filed list have been spent.

The ongoing Kleiman vs. Wright lawsuit is heating up once again, as Craig Wright submitted a list on May 21, that allegedly belongs to the infamous Tulip Trust(s). The Kleiman estate, specifically Ira Kleiman represents the now deceased David Kleiman. Kleiman who was also known as ‘Dave,’ was a security researcher that some believe may have been a member of a pseudonymous group operating under the Satoshi Nakamoto moniker.

According to Ira Kleiman, his brother David’s inheritance was manipulated during a multi-year partnership with Australian native Craig Wright. The Tulip Trust is an alleged trust that claims to have 1.1 million BTC from mining bitcoins in the early days. Throughout the two year lawsuit filled with depositions and discovery, the judge asked Wright to produce a list several times. The list submitted on Thursday, is the third list filed during the lawsuit and cryptocurrency detectives are already scrutinizing the addresses and blocks. 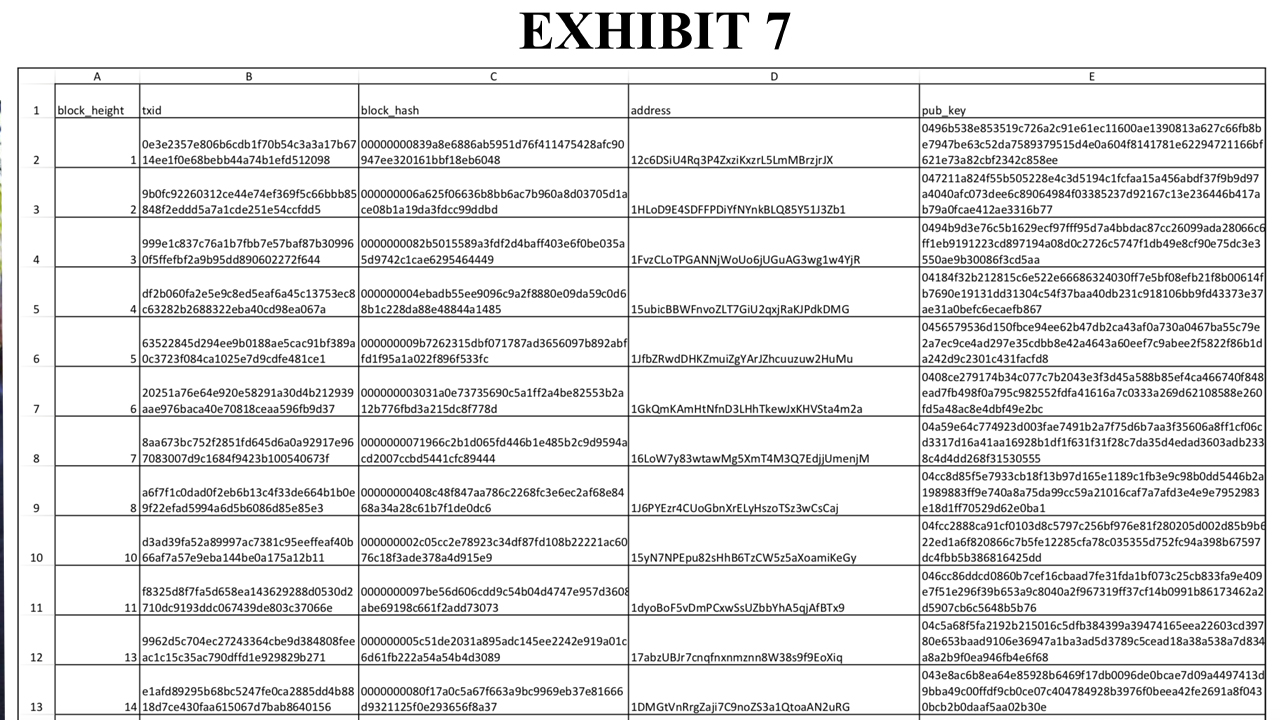 “All three lists have recently spent blocks in them, when Wright testified that the keys are inaccessible,” explains a Reddit post written on Friday, which studies the list in great detail. The Redditor notes that after the first list (CW list) and another grouping of addresses called the ‘Shadders list,’ the judge gave Wright one more chance to give the court a better list.

This led to the ‘bonded courier’ theory and allegedly the courier showed up and provided Wright with the necessary information. The Redditor also notes there is a list called the ‘DK list’ which belongs to the plaintiffs. “None of the four lists (Shadder’s List, CW list, DK list, CSW list) contain any blocks that are well-known to have been mined and spent by Satoshi, including block 9,” the armchair sleuth wrote. The individual further stated:

Again, as the CW list is a forgery, and the [recent] CSW filed list is obviously derived from it, the CSW filed List is also a forgery. To bring this all back to the early block that was spent yesterday, it was included in the Shadder’s List. At this point, we don’t know whether it was in any of the other three lists. However, it’s not particularly important, since the Shadders list, CW list, and CSW filed list already have recently spent blocks.

Essentially, the Redditor and other crypto proponents following the case, believe that Craig Wright’s latest address and block submission is another fake. The first Reddit post called “A primer on Craig Wright’s claimed blocks, Tulip Trust(s), and list of addresses” finds three definitive faults with the three lists submitted to the Florida court. “The Shadder’s List – a bug-ridden list made in 2019 meant to simply narrow down the blocks that could potentially belong to Wright,” the post stresses.

What do you think about the recent list Craig Wright submitted to the court on Thursday? Let us know in the comments below.