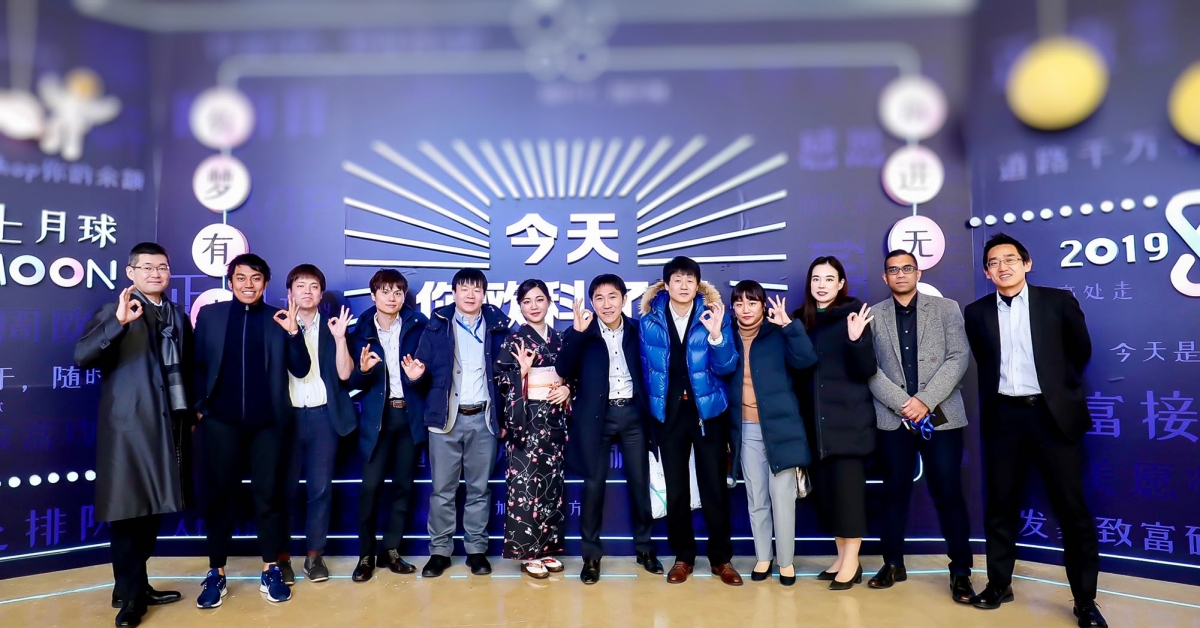 While the country is known for its retail market, the exchange is betting on Japan’s strict licensing regime to attract the institutional investors OKCoin specializes in serving.

“Japan is famous for having a lot of money,” said John Feng, CEO of OKCoin Japan, a subsidiary of blockchain services company OK Group. “In Japan, the rate of return is low on any asset for real estate and the stock market because interest rates are so low. Asset management companies and large institutional insurance companies want a little higher return on their assets.”

“It’s like the foreign exchange market. You have multinationals that come to Japan and make things more attractive for investors,” Feng said.

Japan is also the second-largest source of crypto-trading traffic after the U.S. and the Japanese yen is the third-strongest currency after the dollar and the euro, Feng added.

Once one of China’s “Big 3” crypto exchanges, OKCoin had to move to San Francisco after its fiat-to-crypto trading was banned in late 2017. The firm’s client base includes customers from China, Hong Kong, Japan, Korea, the U.S., Europe, Russia and Turkey.

“If the large financial institutions see the top exchanges coming to Japan, then they will feel more safe,” Feng said.

OKCoin Japan’s journey towards a license in Japan began back in 2017.

In the first eight months after the crypto law was passed, Japan’s Financial Services Agency (FSA) licensed 16 exchanges. Licensing became more difficult, however, after the cryptocurrency exchange Coincheck lost more crypto in a hack than Mt. Gox did in 2013, which happened 10 days after OKCoin submitted its application. Since then, the FSA and self-regulatory rules promoted by the Japan Virtual Currency Exchange Association (JVCEA) have become much more strict.

The Japanese regulator didn’t license any exchanges for a year, and costs began to rise after it resumed its approval process.

Those rising costs were also why crypto exchange Kraken chose to stop operating in Japan back in April 2018.

Licensed exchanges in Japan are considered financial institutions, and their anti-money laundering (AML) and know-your-customer (KYC) restrictions are just as strict as those imposed on banks in the country.

OKCoin already has a Money Services Business license in the U.S. and is registered with the U.S. Financial Crimes Enforcement Network (FinCEN). It also has a temporary license in Malta and is pursuing a license in Singapore. Getting a license in one of the most strict regulatory regimes in the world means money transfers will be significantly easier to do under the new FATF travel rule, Feng said.

The exchange claims to be the first non-Japanese exchange to have obtained the license by going through the regulatory rigors of FSA instead of purchasing an already-licensed Japanese exchange. Other international firms have bought licensed exchanges in Japan to break into the market, Feng added.

For OKCoin, the licensing process involved building a team of nearly 40 employees and developing a proprietary automated transaction monitoring system. (Before going live with spot trading in July, OKCoin expects to add 10 more staff, and other exchanges have hired third-party developers to create a monitoring system.)

The FSA’s next move will include amendments to the Japan Financial Instruments and Exchange Act and Japan Payment Services Act effective May 1, which will create tougher restrictions for exchanges wanting to enable crypto derivatives trading. These amendments caused crypto exchange BitMEX to pull parts of it business out of the country. However, OKCoin plans to work another six months to receive that license. After all, around 80% of trading in Japan is derivatives trading, Feng said.

While the company doesn’t need the same capital requirements as a regulated bank, OKCoin is looking to build more capital to keep a healthy balance sheet as it grows into the new market and partners with other financial institutions, Feng added.

Currently, there are only around four or five banks in Japan willing to serve crypto firms, Yagami said. (One of Elliptic’s goals is to make banks more comfortable banking crypto firms.)

Japanese banks also have to come out of their own crisis of negative interest rates and the pandemic-induced recession before they’re able to think about expanding into new unknown business lines such as crypto, Yagami added.

“That’s the most popular service we’re known for,” Feng said.

Next Post
Two Thirds Of People Want Taxes On Cryptocurrencies