Sweden’s Financial Supervisory Authority (FSA), ’Finansinspektionen’, has fined Swedbank a record sum of 4 billion Swedish krona ($386M) for breaching anti-money laundering regulations on a large scale. Around $5.8 billion had been funneled between suspected accounts in Swedbank and Danske Bank in the Baltics, the latter already fined large amounts for previous money-laundering activities.

After Swedish public service television SVT had looked closer at Swedbank’s operations in Estonia, the inspection revealed a large number of suspicious transactions. These discrepancies prompted the Swedish FSA to start investigations into the findings. Closer scrutiny found the bank had hidden identification details on bank account holders, going so far as to keeping separate books on clients – one official, and one ’under the table,’ to help facilitate money-laundering and tax evasion.

The bank also failed to act to prevent illicit transactions and money-laundering on a large scale, according to the investigations which caused the FSA’s motivation to sanction the bank 4 billion Swedish krona ($386m). The report on Swedbank’s misbehavior found more than 1,000 clients with Swedbank-accounts in the Baltics, but with addresses in high-risk jurisdictions such as The British Virgin Islands and Belize. When examined closer, the companies registered in such jurisdictions often lacked documentation or annual reports, or had published fake financial statements. Other names found in the client list belonged to well-known high-risk individuals. 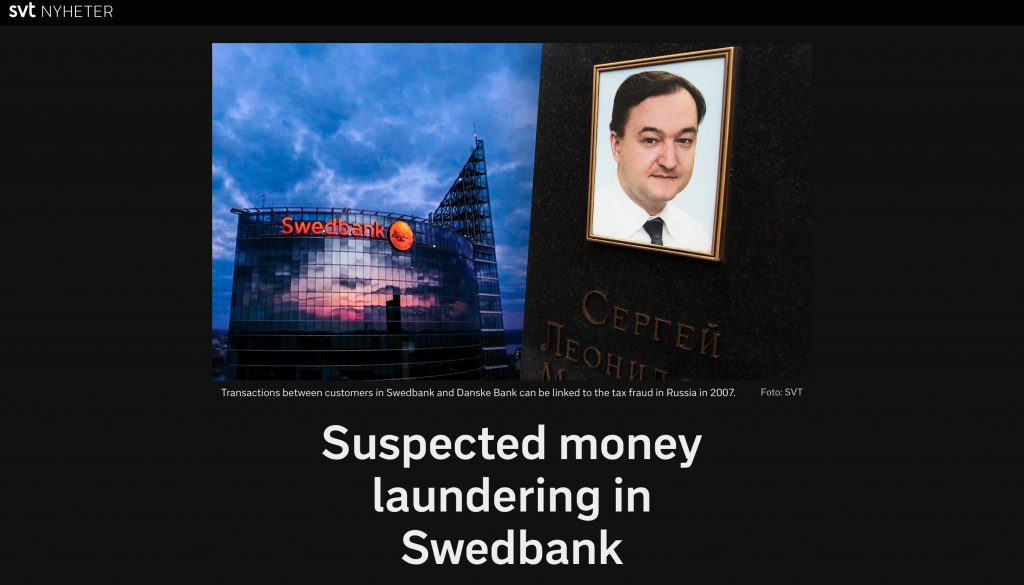 The investigations have had other more far-reaching implications; it was found that a number of the transactions facilitated by the bank helped former Ukraine president Viktor Yanukovych, who was convicted for treason in 2019 and transferred millions in funds into his personal bank accounts. Other transactions were connected with Russian oligarch Iskander Makhdumov, who is associated with organized crime.

The findings also linked transactions from Swedbank to the most extensive tax fraud in Russian history, exposed by accountant Sergei Magnitsky, who paid for his revelations with the ultimate price; death. 50 accounts in Swedbank received a total of $26 million USD from the tax fraud. The money was transferred via companies suspected of money laundering in the highly publicized scandal in Danske Bank.

Swedbank is also under investigation in the U.S., as they operate an office in New York and deal in U.S. dollars. After being exposed, an investigation was conducted for Swedbank by the independent law firm Clifford Chance in London. It found that €36.7 billion in transactions, all carrying a high risk for money laundering, were processed through the bank’s branch network. The report also said Swedbank actively targeted high-risk customers from Russia and former Soviet states. The bank may face even larger fines than dealt with by the Swedish FSA when U.S. investigations are concluded. The bank’s stock price has tanked more than 30% since the money-laundering disclosures were published. 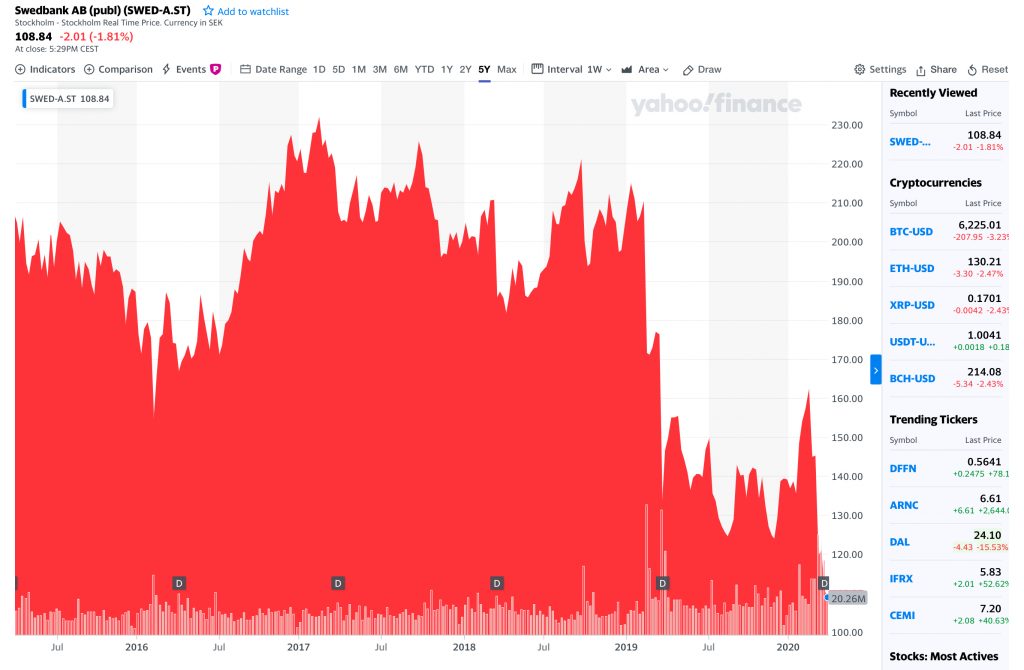 Money-laundering is generally helped by our current fiat money system’s opaque characteristics, which also affords most commercial banks the magical ability to create new money out of thin air, when lending, also inflating our base currency. If banks, and by association also governments, were forced to use a transparent blockchain and fixed supply money system they’d have a much harder time hiding illicit transactions and inflate our currency.

Do you agree with us that Bitcoin is better than banks? Let us know in the comment section below.