In this roundup, we cover crypto regulatory developments amid the global crisis effected by the coronavirus outbreak, bank closures, interest rate cuts, and plunging stock markets. Through it all, governments worldwide are still focusing on cryptocurrency regulation, including the U.S., South Korea, India, and Russia.

Governments worldwide are in a panic mode as the number of covid-19 cases has skyrocketed, bringing many industries to a standstill. In the U.S., the Federal Reserve has slashed interest rates to 0% and launched unlimited QE, but the moves have failed to impress the markets so far. Some financial institutions, facing cash shortages, are imposing withdrawal limits, which threatens the risk of a bank run.

An attempt to solve the economic problem was proposed by U.S. Rep. Rashida Tlaib, who wants the U.S. Treasury to mint two trillion-dollar platinum coins. Her new “Automatic Boost Act” claims it will not add any debt to anyone thanks to the ideas behind Modern Monetary Theory. Some supporters of this theory believe that it can attract crypto proponents, as news.Bitcoin.com explained.

Several U.S. states have independently pushed ahead with their own crypto bills. The state of Illinois has advanced a bill to allow its Treasury to seize cryptocurrencies left unclaimed at custodians after five years. The state of Hawaii is looking for cryptocurrency companies to join its first regulatory sandbox for digital currency, launched on March 17. Applicants can apply until May 1. 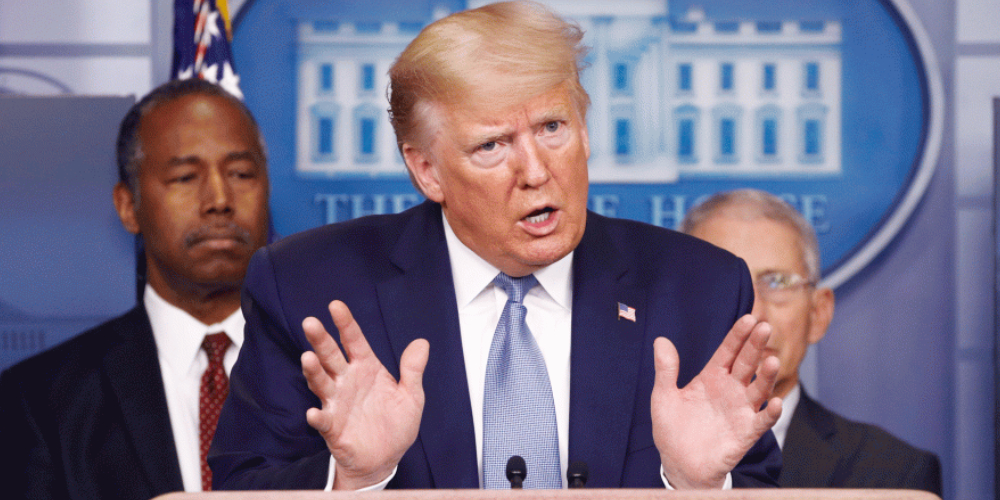 U.S. President Donald Trump is contemplating grounding passenger flights and halting stock trading. While a massive stimulus package has failed to gain the Senate’s approval, an analyst has predicted that the U.S. housing market will sink to a 29-year low.

In Rhode Island, House Bill 7989, entitled “Rhode Island Economic Growth Blockchain Act,” was introduced on March 11. The bill “Establishes an economic growth blockchain act, set regulations for the sale of hemp, regulate virtual and digital assets and establish depository banks for these purposes,” its summary details. On the federal level, Rep. Paul Gosar introduced the Crypto-Currency Act of 2020 on March 9 while under a coronavirus self-quarantine.

Meanwhile, the New York State Department of Financial Services is requiring each regulated institution, including crypto companies, to submit a response describing their plans to address the operational and financial risk posed by the covid-19 outbreak. They have 30 days from March 10 to submit their responses.

Amid the coronavirus outbreak, the South Korean government approved a revision to the Act on Reporting and Using Specified Financial Transaction Information at a cabinet meeting on March 17, the Financial Services Commission (FSC) announced. The bill passed National Assembly on March 5, as news.Bitcoin.com reported. 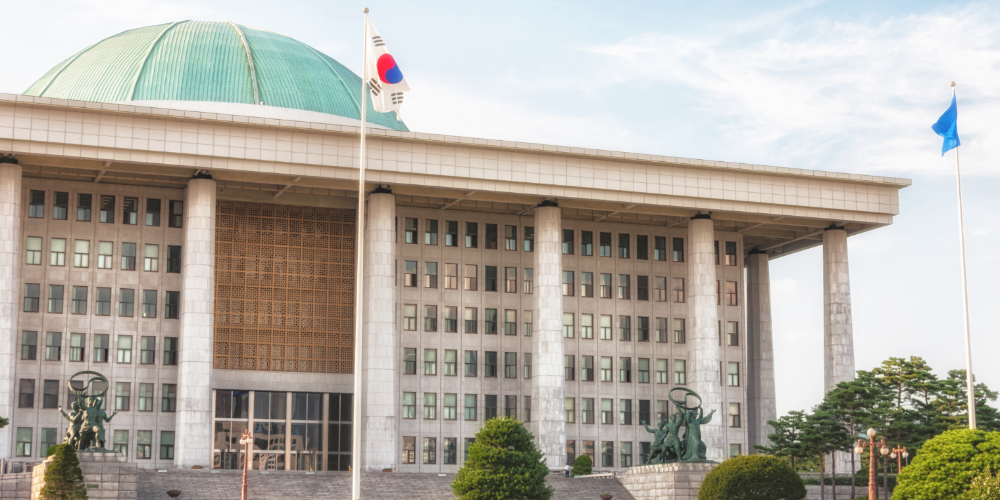 The South Korean government has approved a bill that provides the regulatory framework for cryptocurrencies.

The FSC explained that cryptocurrency businesses will be required to report their transactions to the Korea Financial Intelligence Unit (KOFIU). They will be subject to basic AML requirements, including customer due diligence and suspicious transaction reporting. They also must “follow additional obligations such as keeping separate transaction details for users,” maintain separate transaction details for users, ensure that only real-name accounts are used for crypto trading, and obtain approval from the FSC and KISA (Korea Internet & Security Agency) to offer services in the country.

Financial institutions will be required to conduct customer due diligence on the crypto-asset business operators they deal with, checking whether these companies report their business to KOFIU and maintain customer deposits in a separate account. “The revision bill will take effect one year after promulgation, and the current crypto-asset business operators will be given a six-month transition period to report to the KOFIU,” the FSC emphasized, adding:

This revision act will place Korea’s legal framework on crypto assets more in line with international standards set forth by the Financial Action Task Force (FATF) and strengthen its AML/CFT regime.

The Indian government has reportedly revealed that it is also working on a regulatory framework for cryptocurrency. It is discussing the matter with the Reserve Bank of India (RBI) for the central bank to regulate cryptocurrency. Crypto exchanges may come under the purview of the Securities and Exchange Board of India (SEBI). The government is waiting for the supreme court to hear a cryptocurrency case on April 27 before it makes the final decision on the cryptocurrency regulation. Recently, Minister of State for Finance and Corporate Affairs Anurag Thakur informed Lok Sabha, the lower house of India’s parliament, that the Ministry of Corporate Affairs had inspected some bitcoin businesses through the Registrar of Companies. 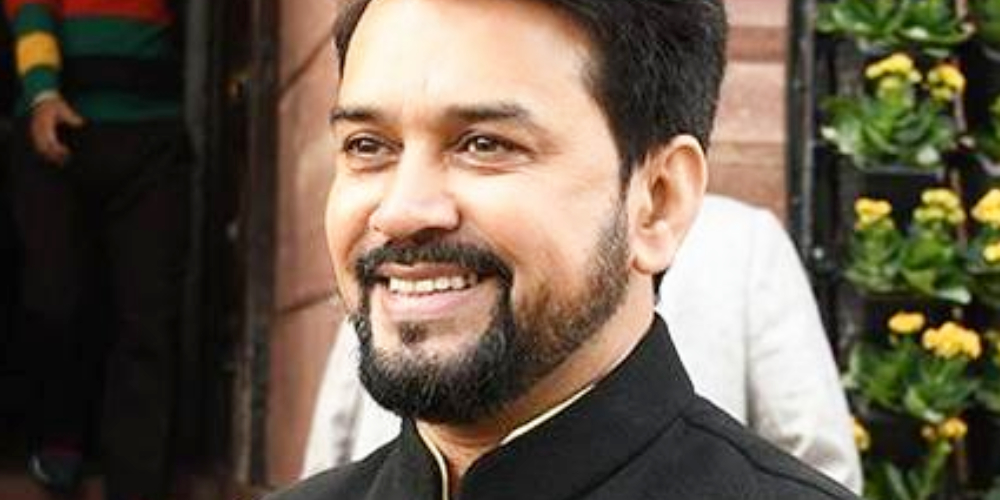 The central bank, however, is reportedly planning to file a review petition after the supreme court quashed its circular which banned regulated financial institutions from providing services to crypto businesses. The RBI is worried that the anonymous nature of cryptocurrencies may undermine the Indian banking system. After the historic ruling by the supreme court earlier this month, crypto exchanges started resuming INR services and several global companies have indicated that they are expanding into India and investing in local startups.

Venezuela’s president, Nicolas Maduro, has shut down the nation’s banking system and ordered his entire country to self-quarantine, news.Bitcoin.com reported last week. The regulator Sudeban sent out a circular to all the financial institutions in the country on March 15, stating:

All activities involving direct attention to customers, users and the general public through agencies, branches, offices and administrative headquarters throughout the country will be indefinitely suspended.

The economic events in Venezuela have driven some residents to find refuge in cryptocurrencies and peer-to-peer markets. 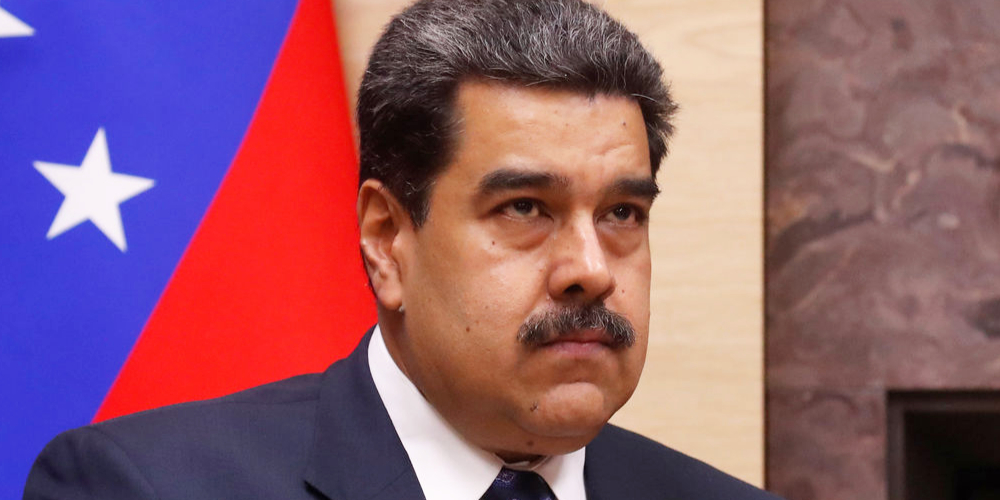 Venezuela’s president, Nicolas Maduro, has ordered the banking system in his country to shut down in response to the coronavirus outbreak.

Alexey Guznov, Director of the Legal Department of the Bank of Russia, provided an update on the bill for the regulation of cryptocurrencies in an interview with Interfax news agency, published on March 16. The bill on digital financial assets was adopted on first reading almost two years ago. Since then, its text has been modified and undergone significant changes.

“The position of the central bank remains unchanged,” Guznov said. “We believe that there are big risks in the legalization of cryptocurrency circulation, both from the point of view of financial stability and the system of combating money laundering, and from the point of view of protecting consumer rights .. We are opposed to the fact that there are institutions that organize the release of cryptocurrency and facilitate its circulation.” The director added, “But if a person who owns, conditionally, bitcoins, completes his transaction in a jurisdiction that does not prohibit this, we are unlikely to be able to limit it.”

The central bank has so far been skeptical about cryptocurrencies. Bank of Russia Governor Elvira Nabiullina has voiced her opinion several times that cryptocurrencies should not be legal in Russia. She also does not believe that Russia needs to have its own national digital currency.

What do you think of the regulatory developments covered in this roundup? Let us know in the comments section below.

You can now purchase Bitcoin without visiting a cryptocurrency exchange. Buy BTC and BCH here.