Not too long after embracing blockchain, Beijing has made it clear, one way or the other, that it didn’t mean Bitcoin. Increased scrutiny over the cryptocurrency sector and harsh measures against some companies have been implemented to supposedly protect citizens from scams. Sources say the government offensive has scared a lot of people employed in the industry and many have chosen to work from their homes rather than at the office. Businesses have been avoiding online chatter after rumors that a popular messenger is being watched closely.

When Xi Jinping, General Secretary of the Communist Party of China (CPC), told a Politburo meeting in October that the country has to gain an edge in blockchain development, many in the People’s Republic, and beyond, took that as a bullish statement for the whole crypto industry. But blockchain is basically a cryptographic database technology that many governments have been vowing to exploit, a part of Bitcoin but not what makes it decentralized, permissionless money. Anyone who thought the Chinese leadership had cryptocurrencies in their plans should already know that was not really the case.

For example, the digital yuan China is developing will certainly not be peer-to-peer electronic cash in the sense bitcoin is, and it won’t even be fully based on blockchain, as the Chinese have admitted. But if there’s one thing it is likely to be, that’s a tool allowing the Beijing government to exert greater control over money flows in what may soon be the world’s largest economy. Decentralized cryptocurrencies are simply not compatible with the concept of sovereign money, which a major geopolitical power such as China would like to uphold, not undermine.

While it may be true that some Chinese projects have used the green light for blockchain development to promote their fraudulent schemes, it’s not the scams that took the brunt of the government pressure. “To let the average person know support for blockchain is not support for crypto, they started coming down hard on crypto,” a source from the industry, who wished to remain anonymous, commented for news.Bitcoin.com, further adding:

A few companies like MXC, Whatsminer, Biki, Biss, and Binance, have been watched by the Chinese authorities. Whatsminer and Biss top management got arrested, I think. Apparently they are cracking down on crypto exchanges, targeting over 30 of them.

Reports claimed that Binance, the largest among these platforms, had its office in Shanghai closed following a police raid. And although the world’s leading crypto exchange rejected them, denying it had a permanent office in the Chinese metropolis, few in the industry believe that the company, which maintains presence in numerous jurisdictions like Japan, Hong Kong, Singapore and Malta, doesn’t have an operation in mainland China.

Pressure on Binance Scares Many

On Monday, Twitter commentator @DoveyWan shared a report by a Shanghai TV channel about the Binance office shut down. “It quoted both original news and Binance’s response of the fake news,” she said. The report also clarified what Binance’s office in Shanghai actually was. According to the TV station, it’s an outsourced customer representative team operating under an entity called Babi Finance which, as the tweet claims, is a Binance investment. Another Asian source contacted by news.Bitcoin.com commented:

Apparently, the Shanghai Binance crackdown really scared a lot of people there. Crypto workers aren’t going to their offices anymore. They’re cracking down in Shanghai and Shenzhen, especially on crypto exchanges. Employees in China are working from cafes or their homes.

It’s not surprising that Bitsoda, another Chinese crypto exchange, also closed down. “This week many companies are operating remotely. It’s a stopgap measure,” the industry source added. Besides, not only Shanghai and Shenzhen have been under government pressure. Noting that around 40 crypto exchanges have been visited by the authorities for allegedly breaking the established rules, the Sohu news outlet reported last week that that the Beijing police had raided the office of the trading platform Biss and arrested dozens of suspects. 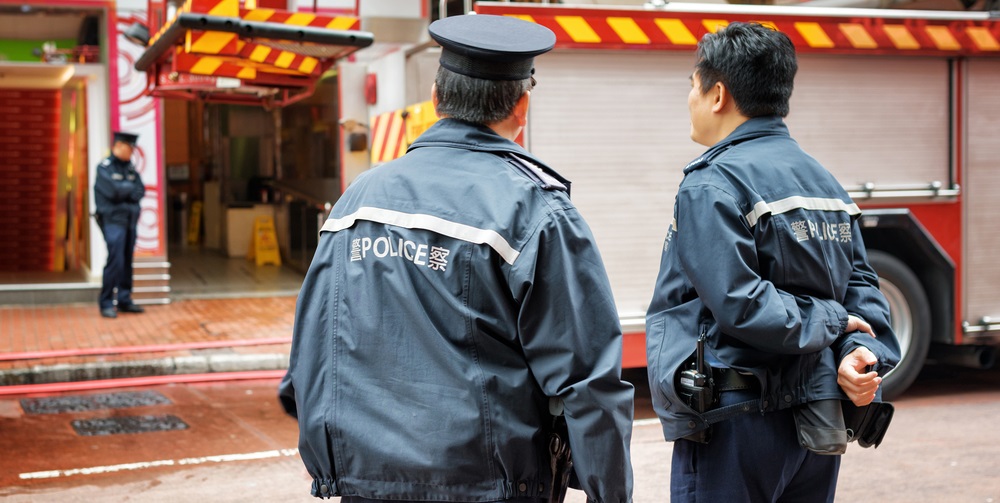 The message Beijing is sending is clear. And if someone has forgotten, an order issued by seven government regulators back in 2017, including the People’s Bank of China, effectively banned cryptocurrency trading platforms and coin offering projects from the mainland. Not all exchanges have suffered equally in the latest crackdown, however. While Binance has been targeted, other major players have reportedly been spared. According to the source acquainted with the situation on the ground, companies with ties to the government are doing fine. “It’s probably a temporary thing,” the source remarked, but “In China you need to have connections to operate safely.”

Do you think the crackdown on crypto companies in China is only a temporary action? Share your thoughts on the subject in the comments section below.

China Should Slow Down On CBDC, According To Former Deputy Governor At People’s Bank Of China