The current financial system, with governments and central banks controlling the flow of money, creates impediments for people’s economic freedom. Among them is the danger that the ruling class will try to hide its mismanagement of the country’s affairs by preventing people from voting with their wallets and trying to secure their savings on safer shores. The latest example of this comes from Argentina where capital controls are now back in effect.

President Mauricio Macri of Argentina re-introduced capital controls on Sunday in an effort to prevent further collapse of the peso (ARS) exchange rate and a possible default on government bonds. All citizens were barred from making over $10,000 worth of conversions to foreign currency per month. Companies now have limitations on their ability to legally purchase dollars on the open market without authorization, crucial for trading with international partners or to give out dividends to shareholders overseas.

The move has initially rattled stock investors as well as ordinary savers, and there were even reports from the country of people lining up at banks on Monday to withdraw as much money as they could. Some are also turning to the black market to buy USD at a worse rate than the official one. This is reflected in the crypto markets where there is now around a 10% premium on the amount of ARS needed to buy BTC compared with the global USD price.

The return to these measures is largely seen as a desperate measure by the government, as President Macri canceled the previous capital controls regime in one of his first actions in office after he came to power in 2015 promoting a free market approach to fixing the Argentine economy.

Speaking for the first time in public about the re-imposition of capital controls, President Macri told a gathering of top business people in Buenos Aires on Wednesday that they are just a stop gap measure and not a long term policy. “We don’t like these measures. They are only justified in an emergency and for a limited time,” the Argentine leader claimed. “The controls were implemented with the objective to defend exchange rate stability and savers. They were implemented to prevent greater harm, and designed to be as least invasive as possible.”

A Populace Already Accustomed to Limitations

Matías Bari, CEO and co-founder of Buenos Aires-based cryptocurrency platform Satoshi Tango, provided a view from the ground. He explained that after a couple of days of capital controls, things appear quite normal by local standards. Central bank statistics reveal that among those who regularly buy USD, more than 80% buy less than $10,000 monthly, and thus these new measures do not bother them. Businesses, on the other hand, are widely affected.

“Of course it affects the companies as they cannot send funds abroad nor buy USD as a store of value (they are able to buy USD to pay for imports or pay a debt),” Bari detailed. “These controls completely affect every single company as they are not able to buy USD as a store of value and protect themselves from inflation and devaluation. Moreover, if you export goods or services and receive payments in USD you need to exchange those USD for ARS and you are unable to repurchase those USD through the bank.”

“Capital controls are always a last resort measure when a country’s currency collapses and its citizens try to find shelter with a stable currency such as USD, EUR or GBP. Unfortunately this is something we have experienced in the past and depending on the business you are involved in it can affect your operations,” Bari commented. “As a regular citizen it only reaffirms that the situation is very delicate and we might or might not be a few steps away from hyperinflation.”

The CEO of the cryptocurrency platform added that regarding their own activity in Argentina, Satoshi Tango has seen a slight increase in operations but it is not significant. “People here are kind of used to finding obstacles when trying to send money abroad. It is not new, thus we are not seeing at the moment a whole bunch of people switching to crypto to perform those operations. Of course bitcoin always arises as a new asset that can protect you from currency devaluation and these desperate government measures trigger a battery of press articles, Twitter campaigns and social network noise that promote bitcoin as a solution for these problems.”

How Argentina Got This Way

Last month the peso shocked investors when it dropped over 30% in value in one day to a record low of 65 pesos per 1 U.S. dollar. However, this was just one part of the sad saga in the economic history of Argentina. Although it controls a rich land and an educated populace, the Argentine case has been a textbook example of government mismanagement for decades. The country seems unable to stop inflation from cropping up over and over again and occasionally resorts to defaulting on its debts or IMF rescue plans that take a heavy toll on the people. 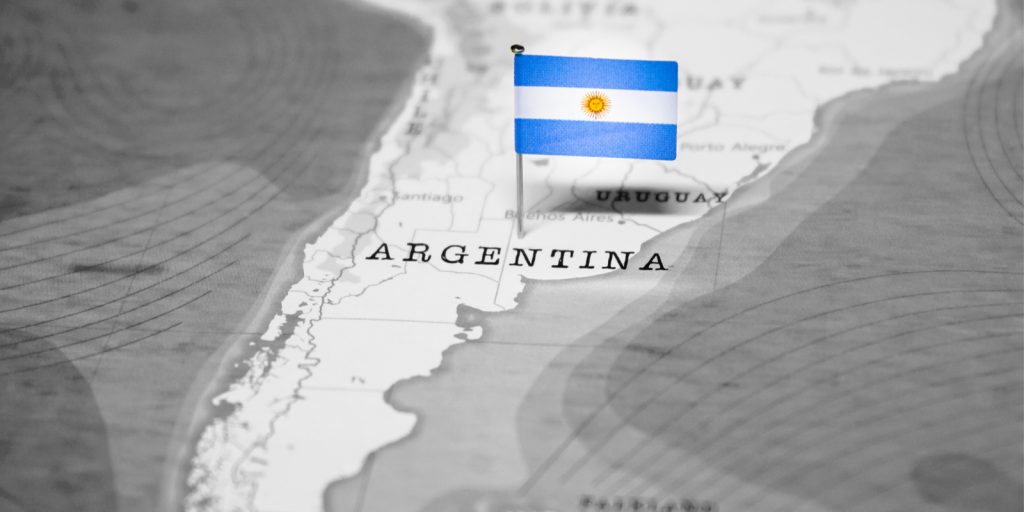 The dangers of governments and central banks controlling the issuance and flow of money are not limited to any one country of course. Fiat currency gives incredible power to a few people at the top, which they can use to devastate the life savings of everyone else, as well as the short term incentives to do so. Even in the most stable democracies, if most of your savings are in local fiat, you are always just one election cycle away from potential financial ruin by politicians. This is one of the main reasons people are attracted to the idea of cryptocurrency as both a hedge and a complete financial alternative.

What do you think about capital controls in Argentina and how they show the dangers of government-controlled money? Share your thoughts in the comments section below.

Verify and track bitcoin cash transactions on our BCH Block Explorer, the best of its kind anywhere in the world. Also, keep up with your holdings, BCH and other coins, on our market charts at Bitcoin.com Markets, another original and free service from Bitcoin.com.

Next Post
Paxos Launches PAXG: An Altcoin Regulated And Redeemable For Gold

Dutch Government Will Embrace Blockchain To Fight COVID-19
No Tax for You: Why Crypto Traders and Miners Might Head to Portugal
Market Update: Uncertainty Remains Thick as Bears Claw Bitcoin Price Below $6K
Telegram Ruling Closes Another Door to Legally-Compliant Token Sales