by cryptoregradar
Prosecutors say that a group of bitcoin traders in Taiwan ran a $51 million crypto scam.

The ringleader was a 47-year-old man whose surname is Lin, Focus Taiwan reported. The alleged scammers were charged with multiple violations of Taiwanese banking and business laws.

The group of seven were arrested in June 2018 but were formally indicted this week.

Officials say the group defrauded about $51 million from 1,000 people across Taiwan and China since 2016. They fraudulently wooed investors by making false promises of exorbitant returns.

The sham bitcoin scheme promised returns of up to 355% after a year of investing, according to the Taiwanese Investigation Bureau.

Prosecutors say most investors never received any returns on their investments until February 2018. By April 2018, they stopped receiving returns altogether.

The Taiwanese government has taken steps to regulate cryptocurrencies to stem the use of bitcoin for money-laundering and terrorism funding.

In September 2018, the Taiwanese Cabinet approved amendments to the Money Laundering Control Act and the Terrorism Financing Prevention Act. The goal is to tighten supervision of the banking industry and the crypto market.

In October 2018, an official underscored that Taiwan would not follow the examples of China and South Korea by instituting an outright ban on crypto activity.

In the United States, there is similar skepticism of mass bitcoin adoption due to lingering concerns among regulators. As CCN reported, John Williams — the president of the Federal Reserve Bank of New York — insists that crypto can never replace the US dollar because it fails the basic test of what a currency should be.

“Cryptocurrency doesn’t pass the basic test of what a currency should be,” Williams said in April 2018. “[Currency is] basically something with a store of value [and bitcoin is not that].”

The setup or institutional arrangement around bitcoin and other cryptocurrencies [is problematic]. 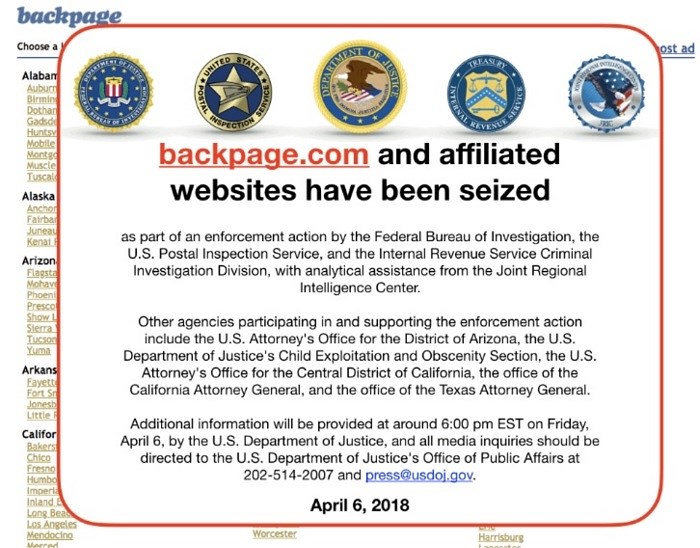 “Backpage furthered its money laundering through the use of bitcoin processing companies,” the Justice Department alleged.

Over time, Backpage utilized companies such as Coinbase, GoCoin, Paxful, Kraken and Crypto Capital to receive payments from customers and/or route money through the accounts of third parties.

The Taiwanese police arrested 14 suspects in a $5.4 million worth crypto scam that defrauded